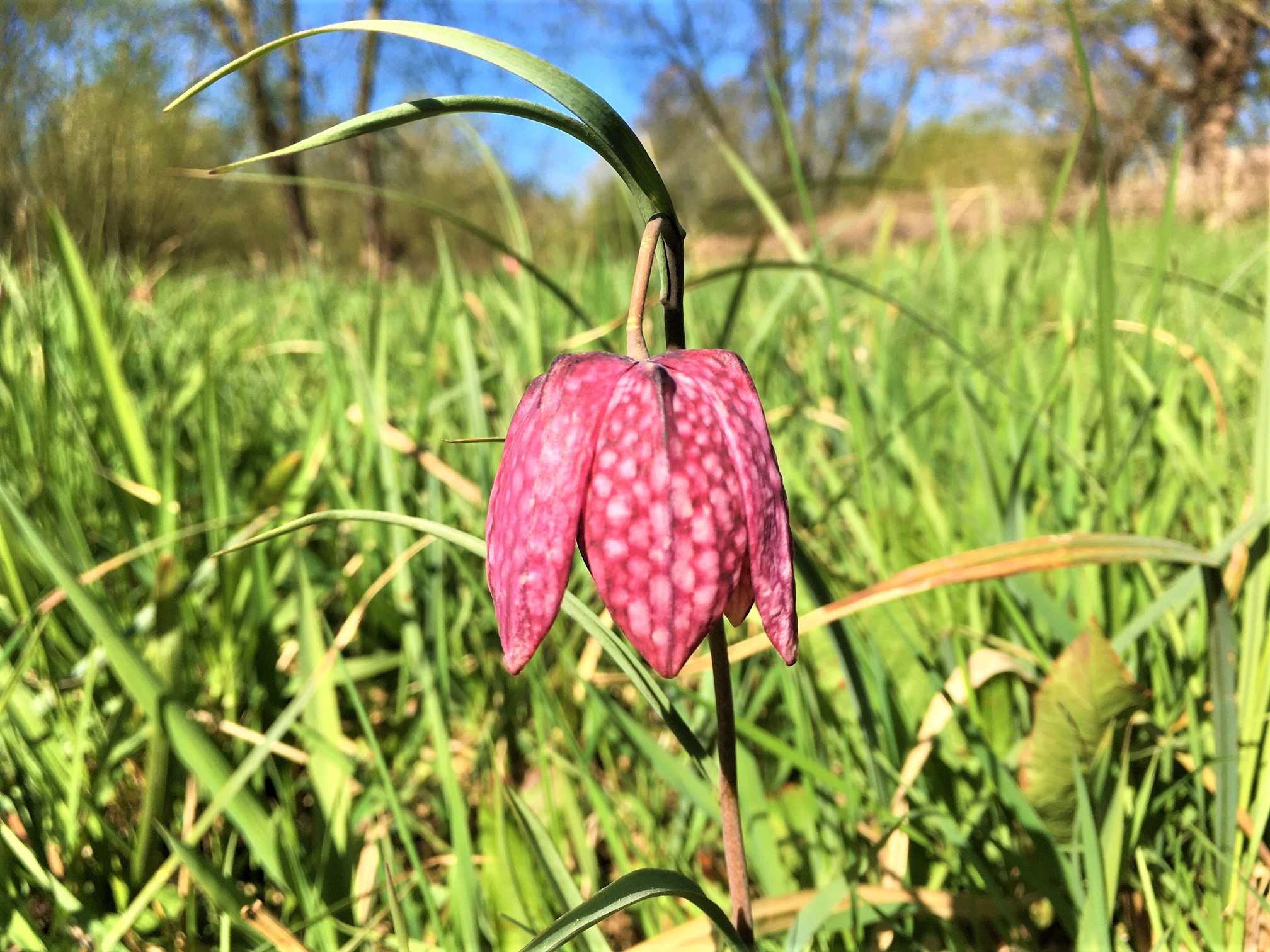 The Snake’s Head Fritillary is Oxfordshire’s County flower and is characteristic of traditionally managed flood meadows. They are nationally rare and only a few sites in the UK are considered to hold wild populations.  At Heyford Meadow, Snake’s Head Fritillaries bloom alongside the boardwalk and have chequered purple and pink bell-like flowers hanging from thin stems and narrow leaves at the base of the plant.

Fritillary and ‘Fritillaria’ come from a Latin origin ‘fritillus’ which means ‘dice-box’ as the markings are similar to a chequer board. An old country belief about snakeshead fritillary was that it followed the path of the Romans, springing up wherever their footsteps had fallen.

Tim and Judy are pleased to report record numbers of flowers this year – 376, (up from 289 in 2019) and vegetative plants 363 (up from 134 in 2019). Non-flowering adult plants (vegetative plants) are part of the fritillary life cycle and these develop for 3-8 years, increasing in leaf number. OPT manages Hinksey Meadow in a traditional manner with hay cut in July, followed by aftermath grazing by cattle and with this successful management not only has the population been supported, it is increasing!