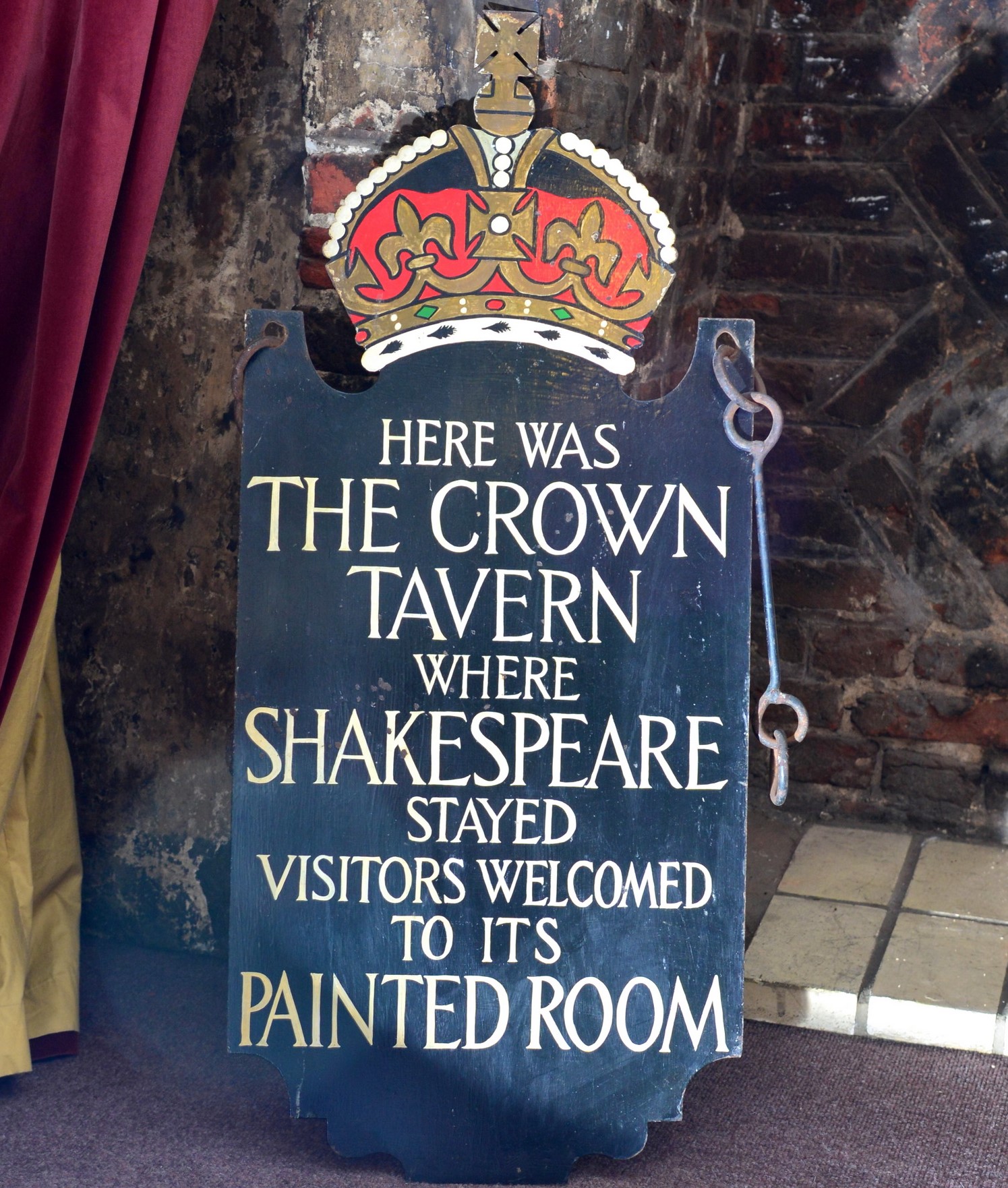 Join OPT at 11.30 am on Thursday 23 April to raise a toast to the immortal bard, remembering the NHS and all those doing so much to look after us at the same time.

Oxford Preservation Trust look after the Painted Rooms, all that remains of the 13th century Crown Tavern where Shakespeare stayed with his friend and innkeeper John Davenant, on his way between London and Stratford.  The Room is remarkable for its amazing early wall paintings which lay hidden behind oak panelling for over 300 years and have recently been restored by OPT.

The First Annual Shakespeare Parade took place in 1938 when leading figures for across the town and University paraded from the Lord Mayor’s Parlour at the Town Hall to the  Painted Room at 3 Cornmarket, to raise a toast to celebrate Shakespeare’s birthday by raising a toast to the ‘immortal bard’ in malmsey and sack, a sweet wine. In the 1960s the celebration ceased until Oxford Preservation Trust returned in 2013 to look after the Painted Room, and reintroduced Shakespeare’s birthday celebrations.

‘We may not be able to host our usual colourful event with Shakespeare town crier, medieval musicians and actors, this year, but birthdays can still happen.  We are asking people to raise a toast, whether it be an early tipple or a good old cup of tea, and tune into the OPT website or share your toast with them on social media.’  says Debbie Dance, OPT director.

The festivities will continue throughout the day with the release of a virtual tour of the Painted Room, presented by OPT Director Debbie Dance, and Shakespeare themed family activities for you to download at home.