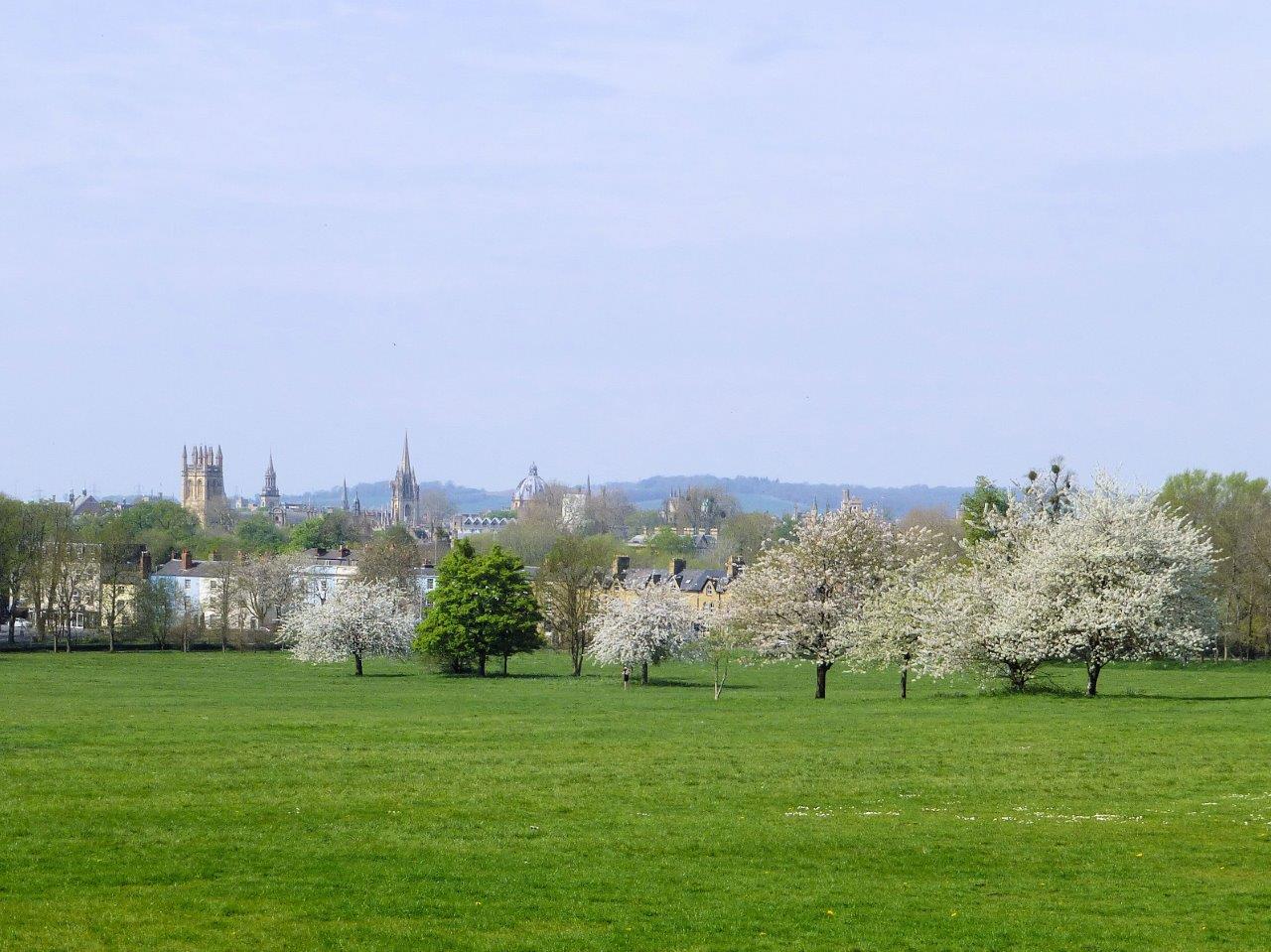 Thursday 23 April was Shakespeare’s Birthday, and we should have gathered in the Lord Mayor’s Parlour, surrounded by robed Oxford dignitaries across town and gown, ready to parade from the Town Hall to the Painted Room, what remains of the Crown Tavern in Cornmarket where Shakespeare stayed on his way from London to Stratford, and where we would have raised a toast to the immortal bard.  The Parade began in 1938, with a break in the middle years, returning in 2013, as a jolly affair with our own Shakespeare crier and medieval musicians and actors.  This year we celebrated from our armchairs, with a virtual tour of the Painted Room and Shakespeare-themed family activities to download from home.

OPT looks after the Painted Room, sandwiched between Pret a Manger and Vodafone. To climb the stairs, past the bookmakers, Bet Fred, is to go back in time, as so many have done over the Oxford Open Doors weekend, ready to enjoy the theatre of old timbers, the Bard and the wonderful medieval wall paintings.  The wall paintings were discovered in 1927, the same year that OPT began, so that we became the first tenants of the Painted Rooms, just as they revealed their bright and earthy secret as if by magic, vibrant reds and yellow ochres which had lain hidden behind the oak panelling for over 300 years.  Mr C.M. Attwood, a local businessman has to be the hero of this piece, for this gentleman’s outfitter, with his shop below, was working on the caretaker’s flat, and stopped to think when he realised he had uncovered something special.  It is Mr Attwood who gave OPT a place to work from at the start and it is perhaps little surprise to find him recorded among the founding Trustees.

What I was not expecting was to find his quiet influence on the creation of South Park, what a legacy this gentleman has left.

OPT has been described as being a pioneer in acquiring and managing open spaces within and on the edge of the City of Oxford in the 1920s, and we have never been more grateful for it.  This land is now providing valuable space to get outside and to exercise, and I thank you for the supporting notes and the lovely photographs you share with us as we do our best to keep the land open.

OPT gave South Park to the City as its gift to mark the Festival of Britain in 1951, which is a fact I love, so I looked up the ‘Historical Note’ on file to think about what else might be of interest.   And there in 1932 Mr C.M. Attwood is recorded as an Oxford Businessman negotiating the purchase for OPT of 54 acres of valuable amenity land at South Park from the Morrell family, with the support of the Pilgrim Trust and the Randall- McIver family, the latter three getting a mention on the great stone obelisk which sits at the bottom of the Park, created by artist and calligrapher Eric Gill, and which was recently listed.

OPT bought the land from the Morrell Estate who had built themselves Headington Hill Hall, now in the care of Oxford Brookes, with their gardens now Headington Hill Park.  South Park was land attached to a house known as The Rise in Cheney Lane, where Granville Court now stands.  When plans to develop this farmland for a residential housing estate happened, the Morrells stepped in and bought it.  They built the ornate bridge which still spans the road, and created carriage drives with landscaped areas where trees were planted to frame the views, including the large oak three quarters of the way up the park. This was for their personal enjoyment, though there is tantalising record of some public events and fetes.  In the 1920s, the City put the Morrells under pressure to release the land for housing, and OPT stepped in, and only Morrell Avenue was built.  OPT continued to farm the land, and to this day, at the bottom end, distinctive ridge and furrow undulations of the early plough can still be seen.  After OPT’s gift of the Park to the City, it officially opened in 1959 and we have worked alongside the City ever since, with legal covenants in place to make sure it remains a Park for everyone, forever, and in its natural state.

And I wonder, will this current crisis give time to reflect on the importance of these green lungs in a City like Oxford, as we face more pressure to build.  Will everyone continue to take organisations like OPT for granted?  And can I count on your support, so that when we do get through all this, we can still deliver on the vision that people like Mr Attwood had all those years ago?

With thanks to the Friends of South Park, who sent the beautiful photo.