Full steam ahead on the restoration of the Rewley Road Swing Bridge! 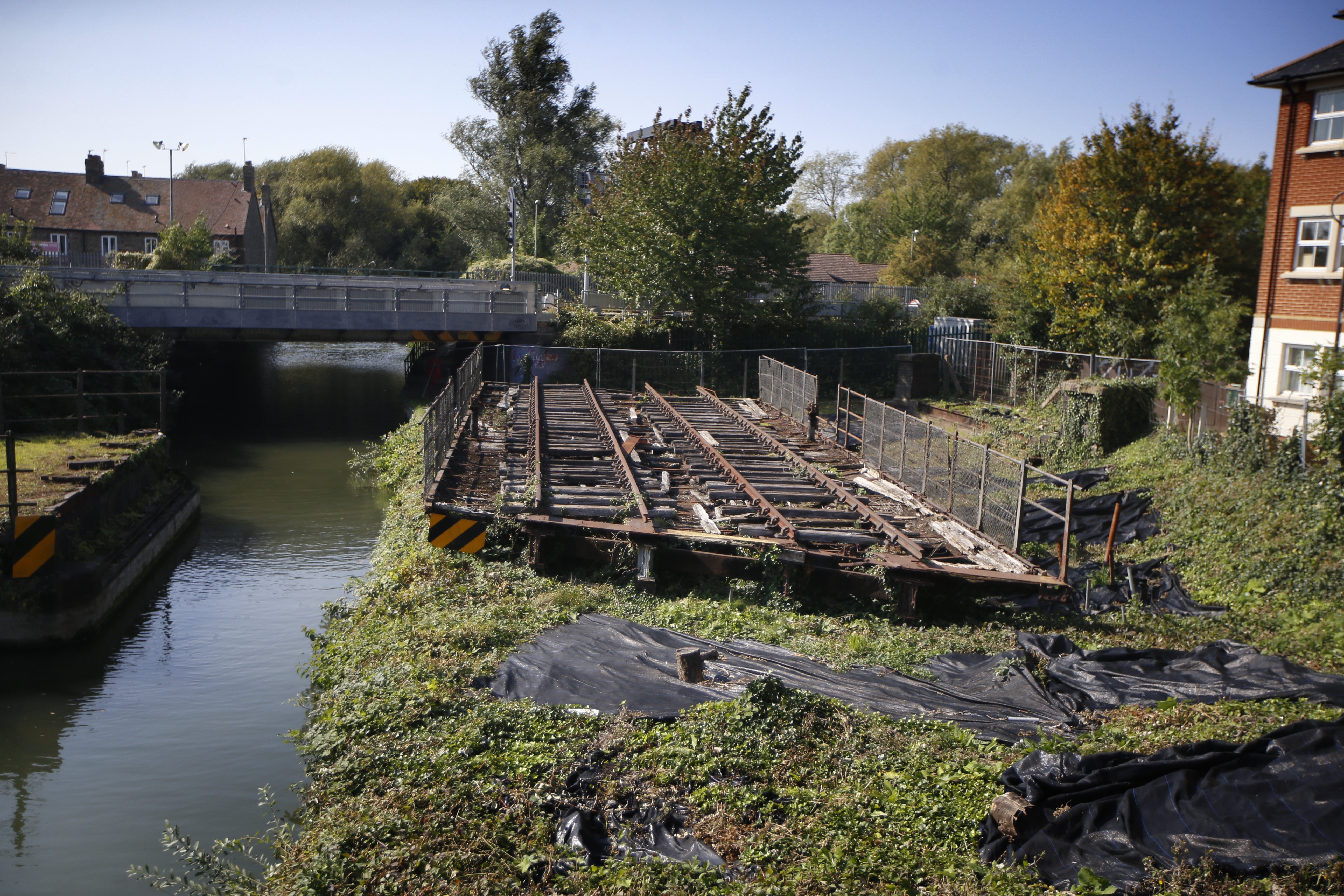 We are delighted to announce that the restoration of the Rewley Road Swing Bridge is to begin, thanks to the support of the Railway Heritage Trust, Historic England, Network Rail, Chiltern Railways and others.  We have raised an amazing £900,000 to fund the project, which will see the Swing Bridge restored to turn again and remove this Scheduled Monument from Historic England’s ‘Heritage at Risk’ Register once and for all.

The Swing Bridge fell into disrepair in the 1950s and has been out of use for over 35 years but has never been forgotten.

“The University and Colleges are so well known that it is easy to overlook Oxford’s town and industrial heritage. OPT knew that no one could save it without us and are delighted to be on site at last despite all the difficulties this year has brought us” says Debbie Dance, OPT Director.

The Swing Bridge is one of only two moveable bridges on the River Thames, the other being London’s Tower Bridge. It is an outstanding piece of Victorian railway engineering and all that is left of the second railway that used to run through Oxford, with an amazing story to tell of the epic battle between Stephenson and Brunel, who each brought their lines through Oxford. There was even two stations built – the grander of the two was designed by the architects for Crystal Palace and the Great Exhibition, which remained until is was moved to the Buckinghamshire Railway Centre to make way for the Saïd Business School.

“I have been involved with the Swing Bridge on and off since 1983, and have spent the last ten years working with the Oxford Preservation Trust to find a solution that prevents further deterioration, and transfers ownership to a local body. I am so delighted that it has all come to fruition now, and that we have been able to help with our grants. I congratulate Debbie Dance and her team at OPT for their perseverance and hard work that has brought this scheme to reality.”

“The Rewley Road Swing Bridge is a remarkable structure of railway heritage and one of only two moving bridges on the Thames (along with Tower Bridge). We are delighted that repair works are starting on this Heritage at Risk priority site after many years of investigation and preparation, aided by Historic England funding. It’s great that the Oxford Preservation Trust, with the support of key partners, is helping to forge a brighter future for this scheduled monument to be better understood and enjoyed.”

“We are delighted to be able to support the Oxford Preservation Trust, Railway Heritage Trust and Historic England in the refurbishment of this historic railway swing bridge in Oxford. We are thrilled that the Swing Bridge will be preserved for future generations to visit and appreciate.”

Keep up to date with the Rewley Road Swing Bridge restoration project! Email info@oxfordpreservation.org.uk with the subject ‘Swing Bridge’ to be added to OPT’s mailing list.

Find out more about the Swing Bridge and Oxford’s industrial heritage here: https://www.oxfordpreservation.org.uk/content/rewley-road-railway-swing-bridge