Debbie's May Blog: Oxford Preservation Trust is having a right royal time 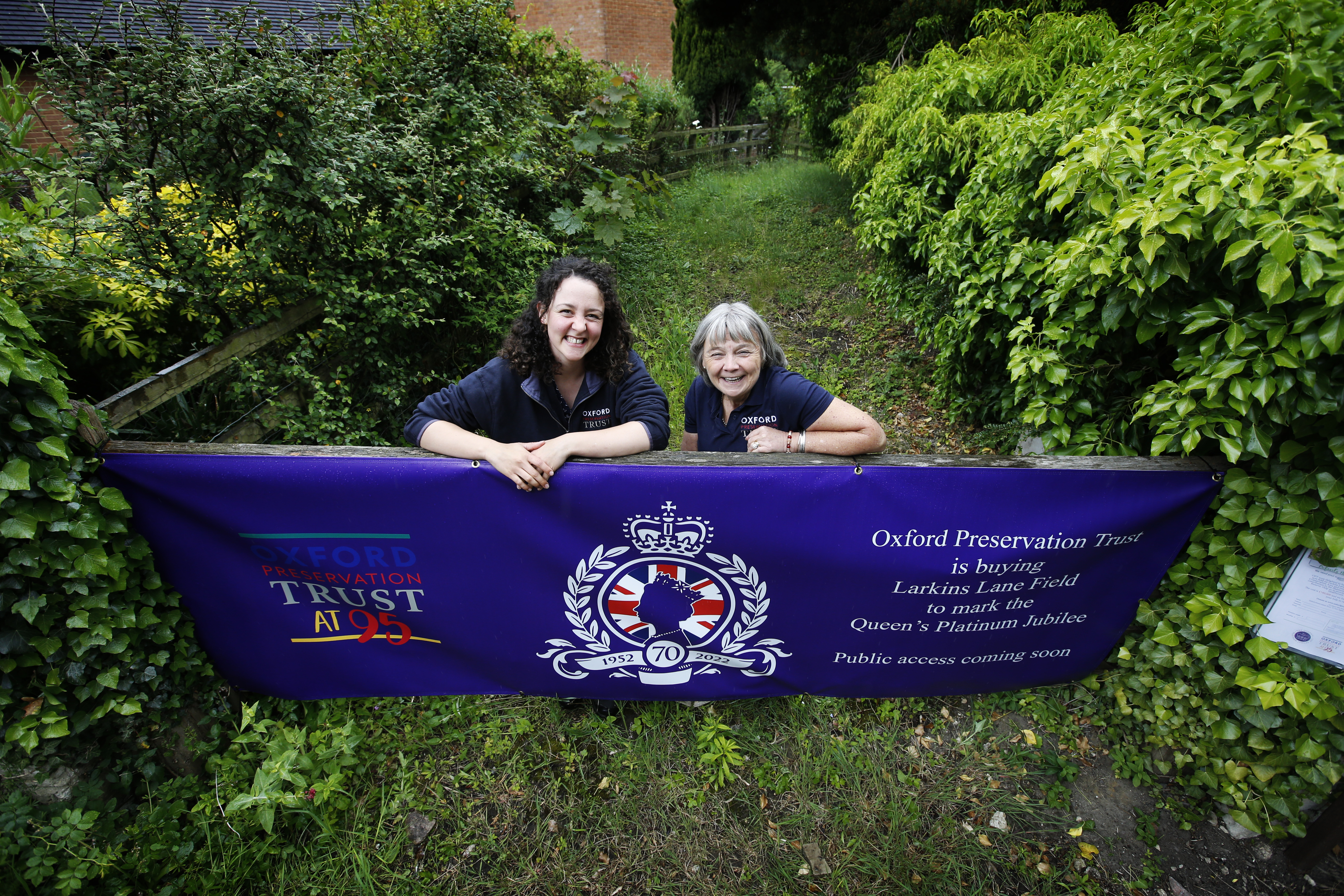 At the beginning of this Platinum Jubilee year, a friend let me know about a two-acre field in Headington, sitting rather neglected and tired, which had recently come onto the open market. The plot, which is within the ring road, has a pretty access route past the old stone wall lined lanes of Old Headington. As Oxford Preservation Trust has always tried to mark special national events like the Queen’s Platinum Jubilee in some lasting way, this seemed to have just the right ingredients to become a new nature reserve for the city.  This will need to match the success of our reserves at Heyford Meadow, once a scrapyard and now a rich water meadow, and Wolvercote Lakes, which adds just that little extra up against Port Meadow, and hoorah, our bid has been successful, and OPT has now purchased the Larkins Lane Field. It will be closed off for a while as we plan our new jubilee green space which has both public access and can play its part in Oxford’s green future, with a more diverse and interesting wildlife habitat. We also want to take part in the Queen’s Green Canopy project and plant some native trees. We need to do some wider investigations first though as we want to make sure that the trees won’t interrupt any Oxford views even when they are fully grown, something that is often forgotten about.

The OPT tradition of marking special royal events goes back to our beginning, when we were just ten years old. In 1937, at the coronation of Queen Elizabeth II’s father, King George VI, OPT planted seventy fastigiate hornbeams to stand upright and majestic, lining either side of Sunderland Avenue between the Woodstock to the Banbury Road roundabouts. What an Oxford joy these trees have become as part of the inspiration for Philip Pullman and Lyra in the book ‘the Northern Lights’. The King was not to share our current Monarch’s long reign, and in 1953 OPT marked the coronation of the new Queen Elizabeth II with a gift of trees on the many new housing estates across the City, records of which exist in our archive. On coronation day we also lit a beacon on OPT land on the top of the Mound in the Jarn Wild Garden at Boars Hill, which was to be part of a chain of fire beginning in Hyde Park and across the still clear views to White Horse Hill in the west and Shotover in the east, now sadly lost behind a canopy of green.

Over the years the lighting of beacons on high land to mark royal occasions has continued. In 2002 for the Queen’s Golden Jubilee, we could not have been more proud than when the City and County chose the Castle Mound as the site for the beacon, as they did again for the Diamond Jubilee in 2012. OPT have been a key part of the successful restoration of the Castle site by opening it up to the public for the first time in its history and I was lucky enough to be there in person to welcome Her Majesty the Queen when she came to ‘town’ to officially open the site in 2006.

As fun as fires and beacons are, they burn out and do not last except in the memory. OPT marked the Queen’s Golden Jubilee more permanently with the Jubilee Wildlife project at Hinksey Meadow, as one of ten around the County. It had the added bonus of marking the ancient boundary between Mercia and Wessex, though sadly if the Oxford Flood Alleviation Scheme goes ahead as currently planned it will be lost and will be the only one of our Jubilee projects not to have survived.  For the Queen’s Diamond Jubilee we joined the past with the present when Philip Pullman came to plant the last of the six magisterial English Oaks now firmly established along the Marston Ferry Link Road, one for each decade of the Queen's reign. We planted them 75 years later at exactly the same time and date in November as those trees in Sunderland Avenue which adds just that little extra to their history.

On Thursday 2 June 2022 as darkness falls, I will be with other invited guests on the Castle Mound where we will join in as the celebrations sweep across the county and the country and the beacon is lit, marking an amazing 70 years of Queen Elizabeth II’s reign. There will still be a weekend of fun to follow with street parties and community events, but when that all seems over, we will just be beginning on our plans for the Larkins Lane Jubilee Field. Writing this has made me think about that day in November when we planted the Sunderland Avenue hornbeams and the Marston Ferry Oaks. Perhaps that is just the right date to choose to plant our 2022 Platinum Jubilee tree and to open the gate so that everyone can enjoy Oxford’s latest green public space for the first time.

Please support OPT and the Queens Platinum Jubilee by donating or joining as a member: www.oxfordpreservation.org.uk