St. Columba’s is Oxford’s city centre United Reformed Church.  Originally founded as a chaplaincy to Presbyterian students in 1908, the main building dates to 1915.  The congregation became a church of the Presbyterian Church of England in 1929, which later merged with the Congregational Church to become the United Reformed Church in 1972.  Building by T. P. Figgis, with stained glass by Theodora Salusbury and local artist Vital Peeters. 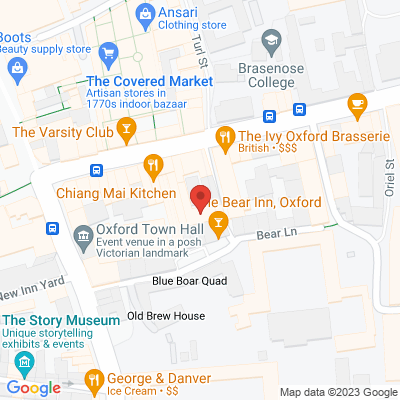