OPT Patron, Michael Heaton has immersed himself in the history of Wheatley since moving there three years ago. Wheatley developed as a limestone quarrying centre from the 14th century supplying high quality stone for Windsor Castle and many of the Oxford colleges. This resulted in Wheatley being one of Oxfordshire’s wealthiest villages in 1334 from recently published evidence.

As well as having this outcrop, Wheatley also sat on two seams of Kimmeridge clay which resulted in brickworks in the village for nearly two hundred years from 1742 to 1939.

It was also on an important cross-country route between London and Worcester where the route crossed the river Thame, initially by a ford just east of Wheatley, and later by a bridge. A traveller wanting to go to Oxford took a spur along Wheatley’s curved High Street and then over Shotover Plain.

The walk will end at 4pm at the Sun Café and Bar where tables will be reserved for tea, which is included in the price.

This walk is now fully booked.

Members only £15 to include tea. 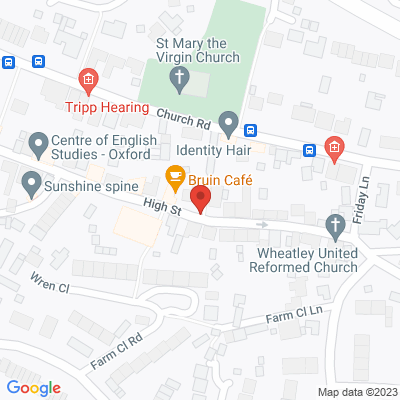