Early 14th-century chapel built as part of a leper hospital. Originally founded in the early 12th century by Henry I, for twelve sick persons and a chaplain, and endowed by Henry's foundation with £23 0s. 5d. a year, with an allowance of 5s. a year for clothing and two loads of hay every year from the king's mead near Osney. The hospital is first recorded in 1129 on the Pipe Roll. It was granted to Oriel College by Edward III in 1328. 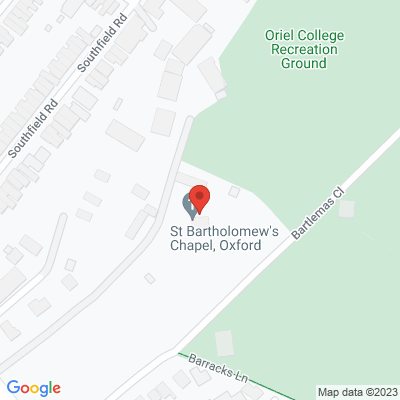