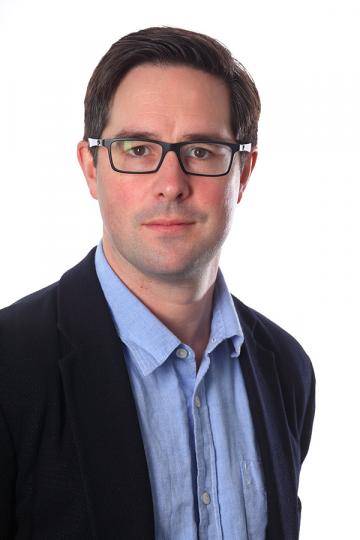 The Reverend Professor William Whyte is a Fellow of St. John’s and Professor of Social and Architectural History. An Anglican priest, he is also assistant curate in the parish of Wolvercote and Wytham.

" I am delighted to be the 15th Chair of Oxford Preservation Trust following in the footstep of many distinguished Oxford people. I pay tribute to, in particular, Professor Roger Ainsworth whom I have had the pleasure to work with since I became an OPT trustee in July 2015."

"Having  lived and worked in Oxford for a couple of decades and written much about its history, it’s an especial pleasure to take up this role. My first book – Oxford Jackson (2006) – explored the life and works of a man who transformed the University in the nineteenth century, designing the Examination Schools on the High Street, the Old Boys’ School on George Street, the Bridge of Sighs, even the Cricket pavilion in the University Parks. My most recent book – Unlocking the Church (2017) – is a study of ecclesiastical architecture in the Victorian age, and one that starts with the Little church at Littlemore. I have a long-standing interest in historic perseveration and widening access to knowledge about our past."

William has been a member of Historic England’s Expert Advisory Group and served for several years as editor of the Oxfordshire Records Society. William is also chairman of the Oxford Historical Society. Read Law and History of Art at Cambridge University specialising in modern architecture which has remained a keen interest.

She has lived in the North Oxford Conservation Area for 40 years. 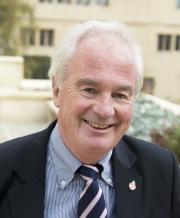 Bursar, Pembroke College responsible for non-academic areas to include finance, planning and major projects including overseeing the award winning redevelopment creating a new quad for the college.He took early retirement in 2003 having spent most of his career with Barclays latterly as MD of Barclays Premier Bank and interm MD of Barclays France. He read Modern Languages at St. Catherine’s College, Cambridge graduating in 1974 and was brought up in Lincoln. He lives in Oxford and France. 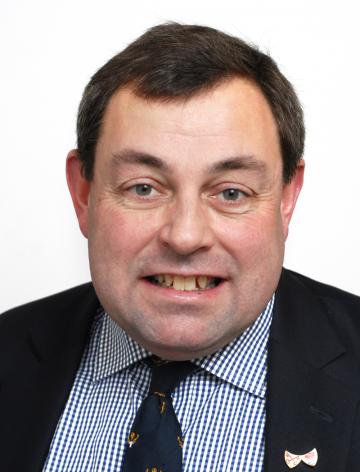 Was born and brought up in New Brighton on the Wirral and came up to Oxford in 1982 to read Biochemistry at Hertford College. In 1986 he did a year of teacher training at Homerton College, Cambridge, and then returned to Oxford for further study, this time in Physiology at the Queen’s College. In 1999 he was elected to represent West Ward, now Jericho & Osney Ward, on Oxford City Council and is currently the Heritage Champion. He is Chief Technician at the Medical Sciences Teaching Centre. Graduated from Bristol University in 1970 with a degree in Economics and Politics, and spent eight years with Courtaulds in Manchester, Munich and Brussels. He was a director of Cooper Callas from 1978 to 2014 and has been a Trustee of Oxford Preservation Trust since 1999. Charles lives in North Oxford. 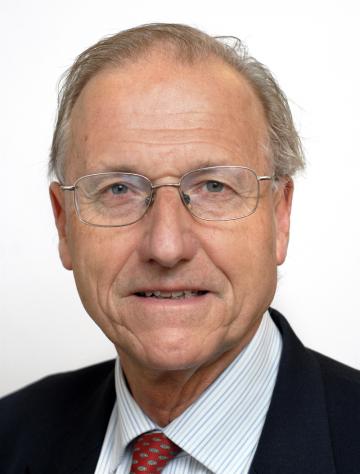 Mr Tom Hassall OBE MA FSA Hon MCIfA has been an archaeological consultant in private practice since 1999. He specialises in urban regeneration projects and has worked in Bath, Chester, Liverpool and Manchester, as well as Oxford. He is an adviser to ICOMOS which provides cultural heritage advice to UNESCO’s World Heritage Centre having been former President 1998 – 2002 and Chair of ICOMOS World Heritage Sites Committee 2002-07. He was the Secretary and Chief Executive of the former Royal Commission on the Historical Monuments of England, 1986-1999; founding director of the Oxford Archaeological Unit (now Oxford Archaeology), 1973-1985; and Director of the Oxford Archaeological Excavation Committee, 1967-1973. Since 2011 he has chaired Historic England’s Historic Wrecks Advisory Panel, previous Chair UK’s Advisory Committee on Historic Wreck Sites, 2002-2011. President of OAHS 1984-92, Chairman of the Victoria History 1997-2003 and Chairman of Society of Antiquaries Kelmscott Manor Management Committee, 2000-2005. He has been a Fellow of St. Cross College, Oxford, since 1973 and has lived in Oxford throughout his life.

Worked for Purcell Miller Tritton as conservation architect for 4 years.

Architect for Oxford University for 4 years before becoming Head of Conservation and Buildings to 2015, now head of Capital Projects..

Lorraine is the County Council Cabinet member for Property Services and for Cultural and Community Services.  A former advertising copywriter she began a second career in archaeology and has a BA Hons at Reading and a Professional Diploma at Oxford in archaeology. Until December 2008 she worked at Oxford Archaeology as their Corporate Communications Officer. She is a Trustee of Victoria County History, Cogges Farm Museum, Board member of the Oxfordshire Buildings Trust, the Soldiers of Oxfordshire Museum and Experience Oxfordshire. Her particular interests include protection of the environment and conservation of our heritage. 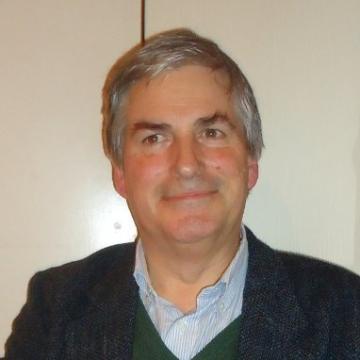 Head of Buildings Archaeology at Oxford Archaeology, where he has worked since 1990 on a wide range of historic buildings and environmental consultancy. He has produced a series of Conservation Plans for English Heritage, National Trust, and others. With an interest in medieval towns and buildings, he has worked extensively on buildings and property history in Oxford and its landscape, resulting in numerous publications. He has other interests in landscape, garden, and transport (coach) history and archaeology). JM is also Oxford Diocesan Archaeological Advisor.

Philip has been Financial and Administrative Bursar at Brasenose College since 2010 and Chair of the Oxford Colleges’ Estates Bursars Committee. He has previously led the finance and administration functions for a range of charities, both as Finance Director and as Trustee or Honorary Treasurer. Most recently he was Director for Corporate Services for YWCA, Treasurer of Green Alliance and is a Director of a guest house in the Lake District.  Philip lives near Woodstock and is Trustee of the Wootton Conservation Trust, coordinator of the monthly pub quiz and captain of a very low-ranking tennis team. He also cycles, and tends his sheep and chickens.

I studied French and German at Somerville College and have enjoyed a long career as a teacher, mainly in Blackbird Leys.

I have been an active member of the OPT (and the Civic Society) since first becoming a councillor.

I have lived in the North Oxford conservation area for more than 40 years and have taken a close interest in the City Council's work on conservation. 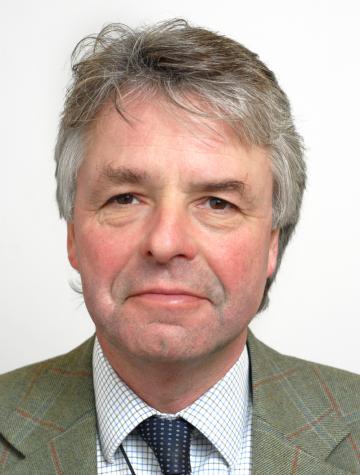 Attended school in Oxford and returned to live in the city. Has been a permanent resident of Oxford for the last 35 years.

Interested both professionally and personally in buildings, land and associated matters.

Joe Tah is Professor in Project Management and Associate Dean Strategy and Development in the Faculty of Technology, Design and Environment at Oxford Brookes University. His responsibilities include day-to-day leadership and management of the Faculty, co-ordinating Faculty strategic planning and development and deputising for the Pro Vice Chancellor/Dean across the full range of Faculty activities. Prior to his current role, he was the Founding Head of School of the Built Environment having previously been the Head of Department of Real Estate and Construction. 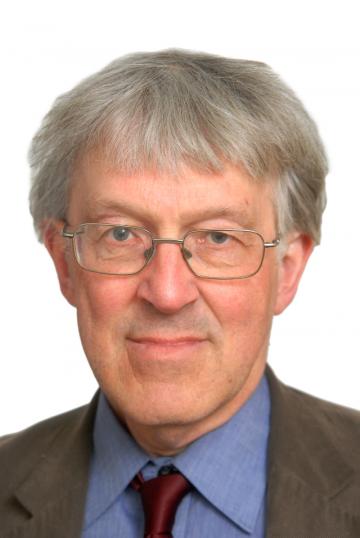 Fellow of Kellogg College and Director of the Stanford University Centre, Oxford since 1984. He read history at St John’s College. He wrote his M.Litt thesis on the buildings of Warwickshire country houses before working as assistant editor on VCH Middlesex and lecturer in history for Stanford University at Cliveden House, Buckinghamshire. Since returning to Oxford he has taught and lectured on architectural history at OUDCE and elsewhere in the University and beyond. He has written several books, including Oxford: an Architectural Guide (OUP 1998), Modern Architecture in an Oxford College (OUP 2005), and recently updated Pevsner for Berkshire in the England’s Buildings series. He has published numerous articles on a wide variety of architectural topics. He lives in south Oxford (and has one of the city’s boundary stones in his back garden). 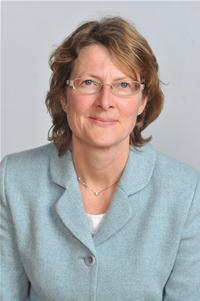 Dr Louise Upton was born in Shropshire, coming to Oxford in late 1980s to read Biochemistry at New College.  She spent several years in Paris before returning to Oxford in 1998 as a research scientist at the University, and now also teaches neuroscience at Christ Church.   She has been a member of OPT since 2010 living in the Old Marston Conservation Area, She was elected as a City Councillor in 2013 and has chaired the West Area Planning Committee since 2015. 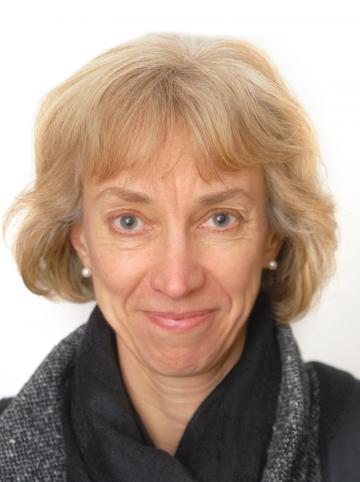 Professor of Biogeomorphology and Heritage Conservation in the University of Oxford and Head of the School of Geography and the Environment. She is Co-Director of the EPSRC Centre for Doctoral Training in Science and Engineering for the Arts, Heritage and Archaeology (SEAHA). Her research focuses on the breakdown of rocks in the natural environment and within cultural heritage. Recent projects include working with Historic England on developing soft wall capping methods for conserving ruins as well as investigating whether ivy on walls is a good or bad thing. Her recent research has been funded by EPSRC, the Leverhulme Trust, NASA and English Heritage. She chaired the University’s Environment Panel and sat on their Buildings and Estates Sub-Committee for three years, was on the advisory board of the AHRC/EPSRC Research Programme on Science and Heritage and was a member of the steering group of the National Heritage Science Strategy. 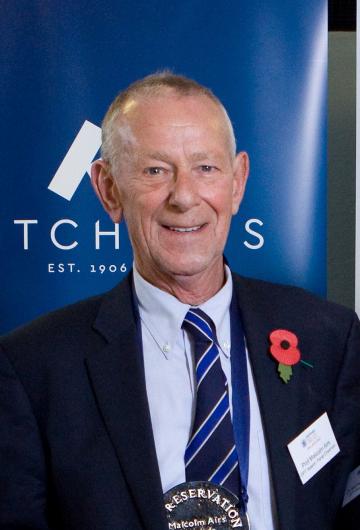 Emeritus Professor of Conservation and the Historic Environment, University of Oxford. He is past president of the Institute of Historic Building Conservation, the Society of Architectural Historians of Great Britain and the Oxford Architectural and Historical Society. He has served as a Commissioner of the Royal Commission on the Historical Monuments of England and on the advisory committees of English Heritage, Historic England, the Heritage Lottery Fund and the National Trust. He is a trustee of the Landmark Trust. He has published extensively on both historic conservation and architectural history. 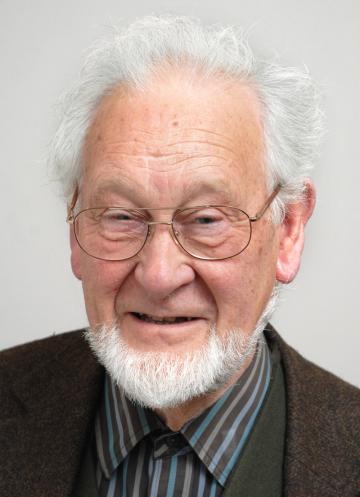 Worked in a London architectural practice before transferring to the Greater London Council's Historic Buildings division in 1964.

Oxford City Council Conservation Officer 1972-2000. John has a deep knowledge of Oxford and became an OPT Trustee on his retirement in 2000 -14. 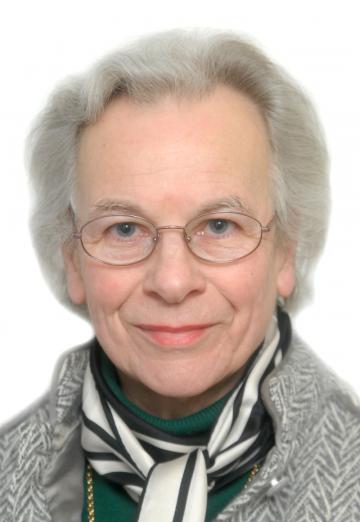 Lucy has lived in Old Marston all her life, the daughter of the local farmer who looked after the OPT land.  Her mother was a member, then secretary of the local OPT Marston Commitree in the 1950s, something that Lucy followed on in 1980, later becoming an OPT Trustee.  She was elected Vice President in 2016. 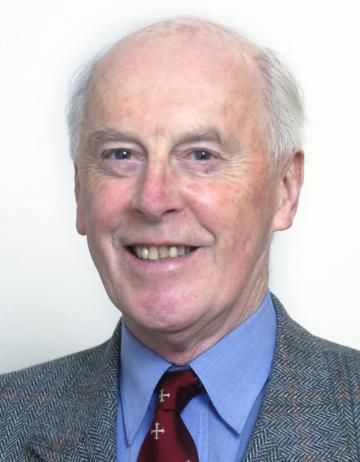 The author of books and articles on France and Urban Geography. Outside of work he was an Oxford City Magistrate from 1977 to 2005, and is an Elder and Associate Church Secretary at the Summertown United Reformed Church. Chairman of Oxford Green Belt Network. Dr. Scargill lives in Summertown.