Buried deep behind Oxford’s shopping streets and the Westgate is the area of St. Ebbe’s. Once an area that looked like Jericho with terraced houses and cottages in a spider’s web of streets, it was demolished in the 1960s when the community was moved to Barton on the outskirts of the City and the first Westgate was built. Today the area is dominated by the new Westgate shopping centre which sits cheek by jowl alongside 1970s housing which replaced the earlier homes.

But whilst any history looks long since gone, look a little closer and you will see the pretty row of 17th century cottages in Turn Again Lane (formerly Charles Street) a final link to the past. These houses were saved from demolition by OPT after a public inquiry fought and won which brought the cottages into our ownership making our offices here in 1972. Early timber framing, decorative plasterwork to ceilings a Georgian staircase, fireplaces and lots of wonky floors and quirky rooms remind us it its past every day.

At the bottom of the garden the wall runs along the original line of the medieval town wall and contains some of the original stones. The garden was transformed into the green oasis in 1975 by well-known landscape designer Brenda Colvin of Colvin & Moggridge. The garden won a bronze medal at Oxford in Bloom 2004. 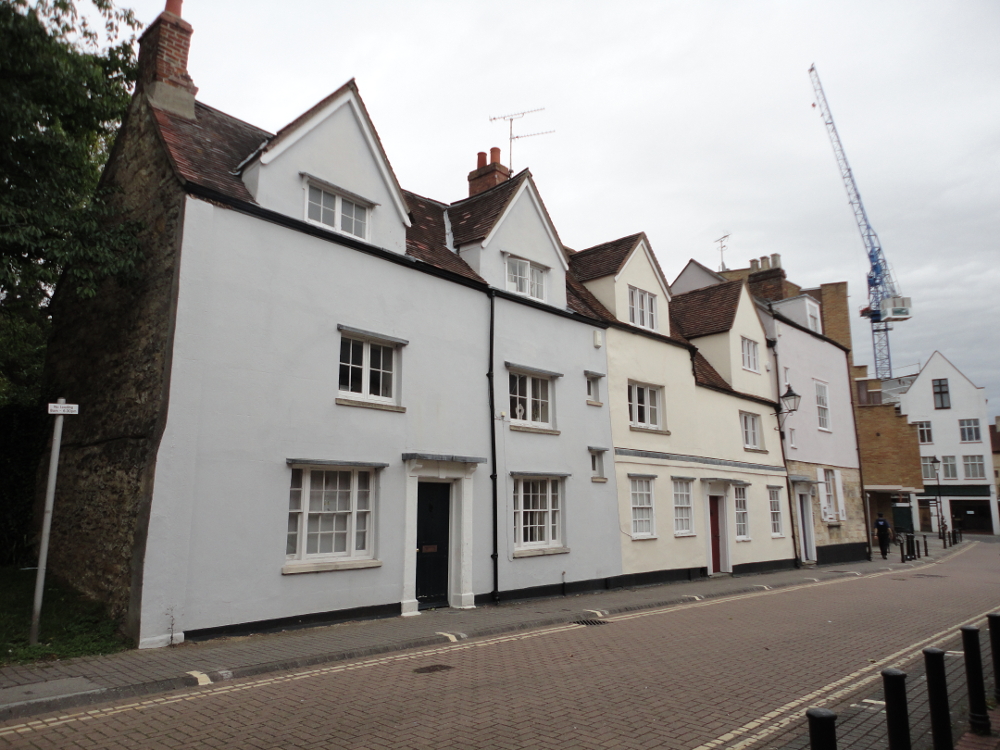