Revival, protection, promotion and education – some of OPT’s key strengths and illustrated brilliantly in the case of the London, Midland and Scottish railway (LMS) swingbridge. And who else is going to save this but OPT?

Sitting in an ‘open’ position on either side of the Sheepwash Channel, fenced off from the towpath for safety, the LMS Swingbridge is one of two moving bridges on the Thames – the other being Tower Bridge, now rusting away and seemingly forgotten, the final relic of the now absent second railway line in Oxford.

This scheduled monument has a big story to tell, one it is easy to overlook at first glance. This is a tale not just of the railway coming to Oxford, but of the part Oxford played in railways across England, of Robert Stephenson and Isambard Brunel and the battle for east-west and north-south, and of the ‘Great Exhibition’ of 1851.

Read more about this fascinating monument:

What next for the LMS Swingbridge?

The Swingbridge is owned by Network Rail and is now in a very poor state of repair as is highlighted by its inclusion in the Historic England ‘Heritage At Risk’ Register 2014.  It is important not to lose this rare survival of Oxford’s industrial heritage and the story it has to tell.  OPT has been working hard to raise the money needed to save this rare piece of Oxford’s heritage and following enabling work in over a cold night in March, we were able to successfully turn the Swingbridge onto the bank and away from the stream. 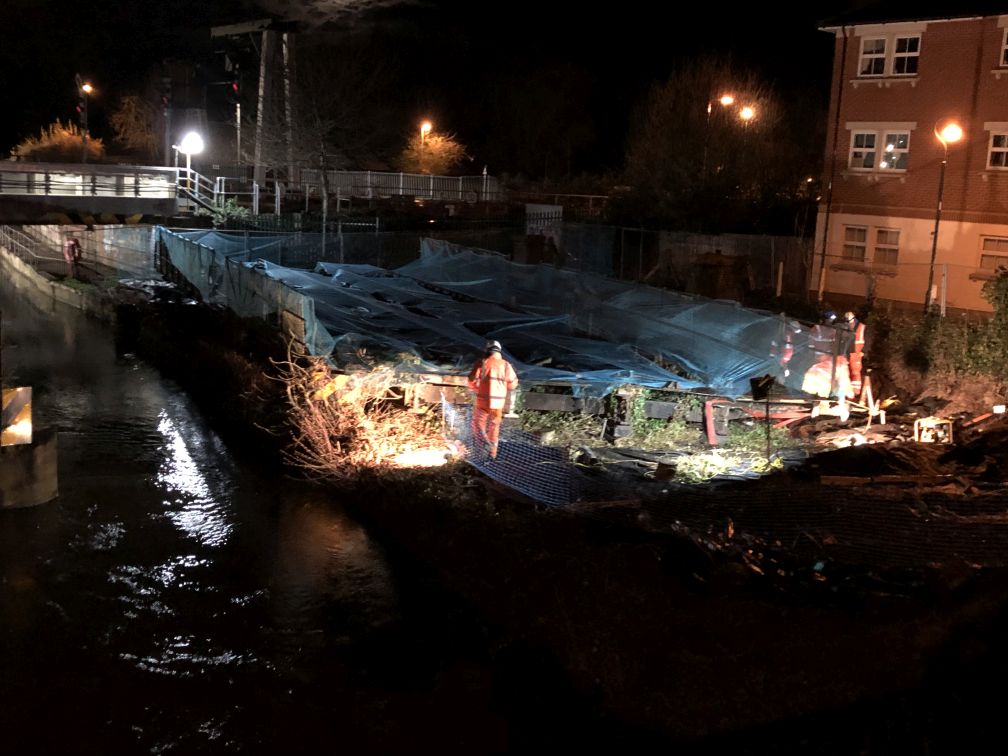 Shortly, ownership of the Swingbridge will pass to OPT from Network Rail and we will then move on site to repair and restore the bridge structure.  Although we have raised a considerable sum already we still need to find £70,000 to complete the repair and restoration works.  If you can help support this project donate here or get in touch with us at info@oxfordpreservation.org.uk

This project would not be possible without the support of our partners Historic England, Network Rail, Chiltern Railways, the Railway Heritage Trust, Oxfordshire CPRE BPT and the City Council.

Click here to watch a video from the Huntley Archive of the Swingbridge in operation in the 1970s.

Click here to read about this project and other railway news on railwayworld.net

Support Oxford. If like us you love Oxford, then please support our work.