The Martyrs Memorial is not ‘owned’ by anyone. It was built by public subscription, unveiled in 1841, and had been variously restored by a variety of groups over it’s century and a half in existence. By 2001 it was in very poor order and surrounded by fencing for the ‘health and safety’ reasons - the City Council had commissioned surveys but did not have the money for the restoration – no one else had stepped forward.

If OPT were to restore the Memorial we needed to understand what was to be preserved; was it just a much loved public monument, or the memory of the Martyrs themselves burned at the stake in nearby Broad Street at a turbulent time in our English ecclesiastical history? Was it the gothic design chosen at a time when gothic v. classical was the subject of heated debate; or the work of a leading 19th century architect, George Gilbert Scott and the preservation of the original masonry and craftsmanship?

In the end it was all of these things. We wanted to ensure that the Martyrs were understood and recognised, that Scott’s design was respected and that the essential elements and decorations survived, together with as much of the original stonework as possible. We needed to do it well using craftsmen of the highest order and to ensure it survived for the future generations. But most of all we wanted to give it back to Oxford, to add to the glories of St. Giles, and to remove the hoardings and open up the steps as the popular meeting place that it was and is – a place to watch the Oxford world go by. possible. 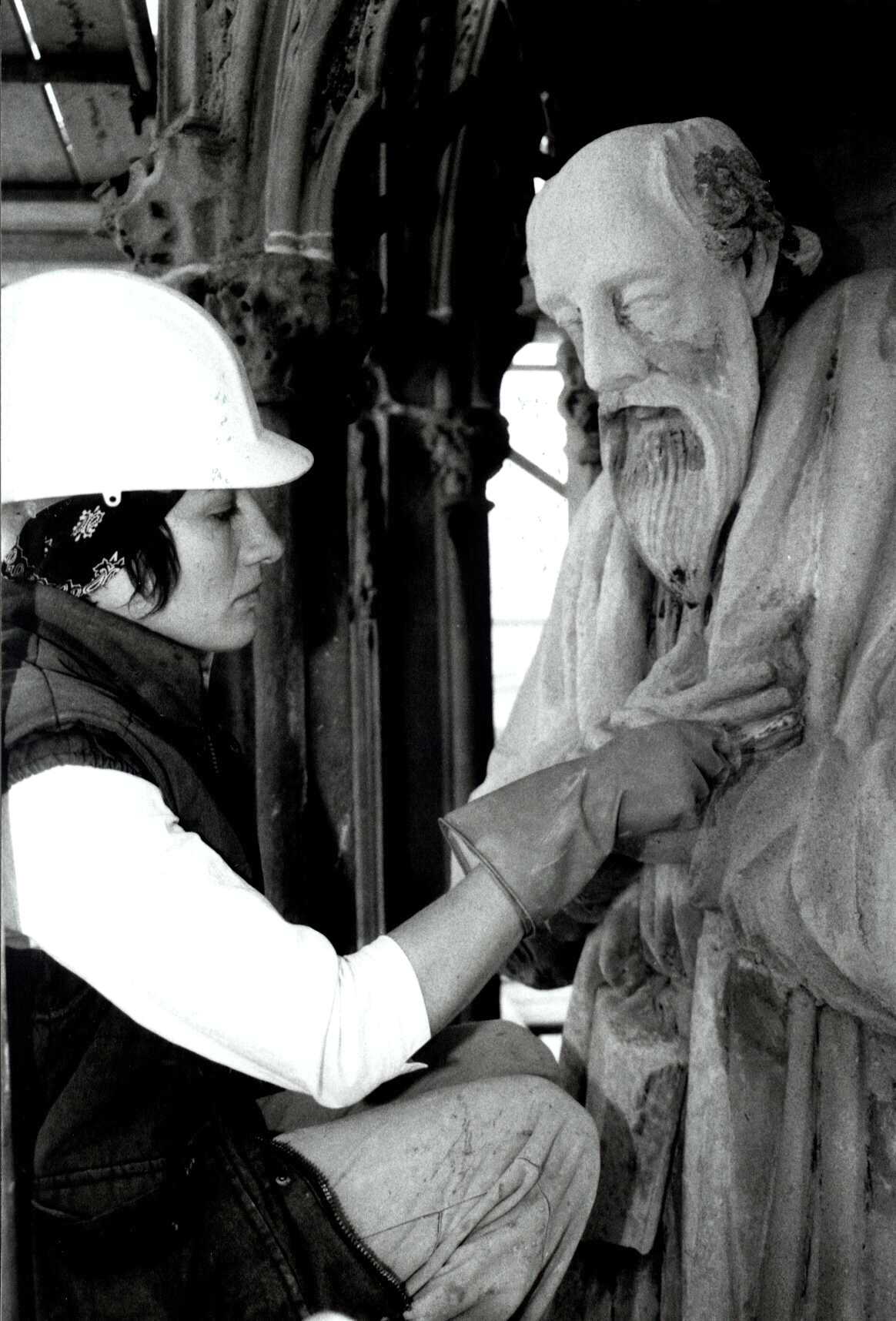